Everything You Need to Know For the 2018 US National Championships

Regardless of if you are a competitive gymnast, a recreational gymnast, or a fan you won't want to miss this weekend's gymnastics event.  The 2018 US Elite National Championships are just around the corner.  The best gymnasts in the United States will be competing for a shot on the National Team.  In addition, this meet serves as a launching point for making the 2018 World Team and the half way mark to the 2020 Olympic Games held in Tokyo.

There are currently 23 women planning to compete in the senior session.  The field include many of the best gymnasts in the world. 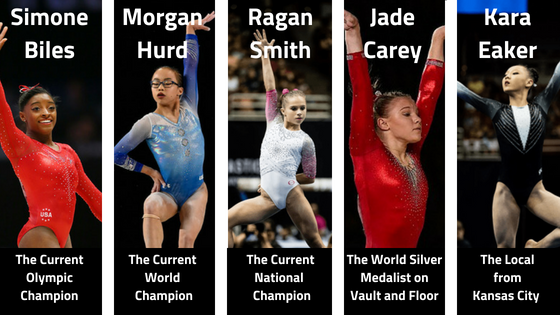 How does the scoring work?

The Elite scoring equation is a combination of two scores.